Their crews are huge and their budgets are even bigger, jumping up to almost $200 million a few times and are all animated, a few things most indie filmmakers never deal with. Well the main reason their films are so successful isn’t the size of the crew, or the big name director or the ridiculous budget, it’s the story. 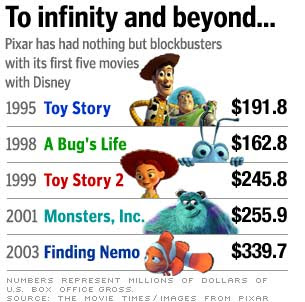 Pixar is able to, time and again, craft compelling stories, which strike us in a very emotional and pure way and take us on a journey most other films don’t even come close to offering. The stories repeatedly appeal to both young and old and never seem to disappoint.

Whether you are working in the same league as Pixar or on an independent level there are many things you can learn by studying Pixar’s craft.