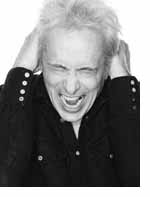 As the year end approaches with astonishing speed, I am reminded of all the mistakes I made. Mistakes made not just in 2012 - but since I launched Raindance on the unsuspecting public in 1992.

It's true I suppose that one learns from one's mistakes. More polite people would frephrase the word 'Mistakes' and say soemthing uber positive like: "I learned from trial and error".

That may make the pain a little more bearable, but after all these years I realise that it's taken me since 1992 to learn the 3 Painful Lessons Of Independent Film.
Posted by Elliot Grove