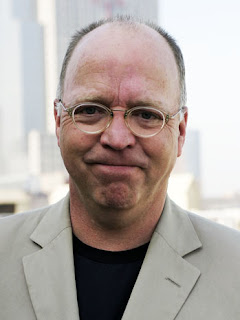 I was stunned to read of the untimely death of one of the great independent film champions. Bingham Ray.

I first met him at the very first Raindance Film Festival in 1993.

We met in the cinema lobby and swapped glasses - me his wire rims and he my shades - a tradition that continued for the next 5 years.

Bingham would always take me aside and offer advice and most importantly, encouragement. When he came to the first British Independent Awards, he told me knew it would be a winner. Funny how now such words mean so much.

To Nancy and his family: my condolences.
Posted by Elliot Grove