The Evolution of Cinema 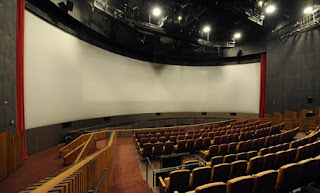 On Nov. 6, the National World War II Museum in New Orleans will unveil $60 million renovations that include the Victory Theater, where a new 4-D World War II film by Tom Hanks will screen. According to The Washington Post, which has a gallery of photographs revealing the exterior and interior of the museum, a new on-site restaurant will serve “1940s-inspired food” and a canteen will feature recreations of wartime entertainment.