On Tuesday about 4pm I get a call from a researcher from the BBC and responded to a series of questions about the relevance of festivals and Cannes in particular. of course i told her that Cannes is by far the largest of the festivals and that the larger breakout festivals like Raindance help filmmakers find distribution. I told her that of the 101 features at Raindance last year, 43 managed to get some form of distribution as a result of their screening at our festival.

She asked me to wait for a minute 9it was five minutes in fact) and then came back to ask if I would be available and willing to go to the Beeb (Auntie as she is affectionately known by Brits) to answer the questions on air.

Being the media groupie I am, I agreed and the next morning showed up at the lavish BBC Centre in Portland Place, duly had makeup and all and was led to a TV studio deep in Aunties bowels.

And then I waited. having been told we had a 8 minute slot, there was something called "Breaking News". Seems like France had just announced that they were in recession. Presenter Aaron Heslehurst kept shouting to the control booth "How long is this report?". we finally got on air for just over 90 seconds. You can see the interview here!


Posted by Elliot Grove No comments:

10 Questions About Sales And Marketing Filmmakers Need To Answer 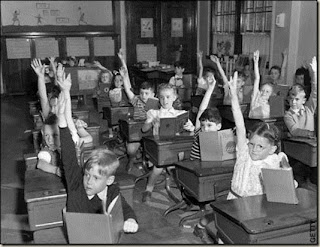 In the run up to the film festival I notice the same questions from filmmakers arising time and time again. And the most repeated questions are the ones that one would think could be easily answered: They deal with digital rights, film sales and distribution.

I thought I would put together a little check list, and my advice and answers in tehehope that it will help you out the next time you are cornered by an investor or by a grumpy festival programmer like me!
Read: 10 Questions Filmakers Should Know About Rights Managements And distribution
Posted by Elliot Grove No comments: