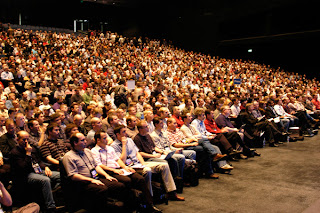 Jon Reiss is filmmaker (Bomb It, Better Living Through Circuitry), , author (Think Outside the Box Office) and media strategist who works with filmmakers, companies and organizations to help them utilize the most recent techniques of direct film distribution and audience engagement. It was Jon who coined the acronym PMD: Producer of Marketing and Distribution – a term widely used for this new key film industry job.

I have met Jon Reis, author, filmmaker, entrepreneur several times and admire his work. He has carved himself a niche as the go-to person for advice on ‘self distribution’ – a term he and I agree is derogatory. Better to call it distribution. But distribution handled by the filmmakers themselves.

Jon’s current crowdfunding film campaign has just ended successfully. He has written a series of wonderful articles about how filmmakers make money in movies in an age of abundance.

In Theatrical is Dead – Long Live Theatrical, Jon goes through 9 different ideas and techniques to create live events which he sees (as do I) the way forward in 'self distribution.
Posted by Elliot Grove